The Xinjiang Uyghur Autonomous Region (Xinjiang) is located in the far northwest of the People’s Republic of China (PRC). At 1.66 million km2, Xinjiang encompasses approximately one-sixth of China’s landmass and is bordered by eight countries: Mongolia, Russia, Kazakhstan, Kyrgyzstan, Tajikistan, Afghanistan, Pakistan, and India. The area comprises vast semi-desert steppes in the north and desert basins ringed by historic oasis towns in the south. In the winter, temperatures can be extremely cold, far below freezing. 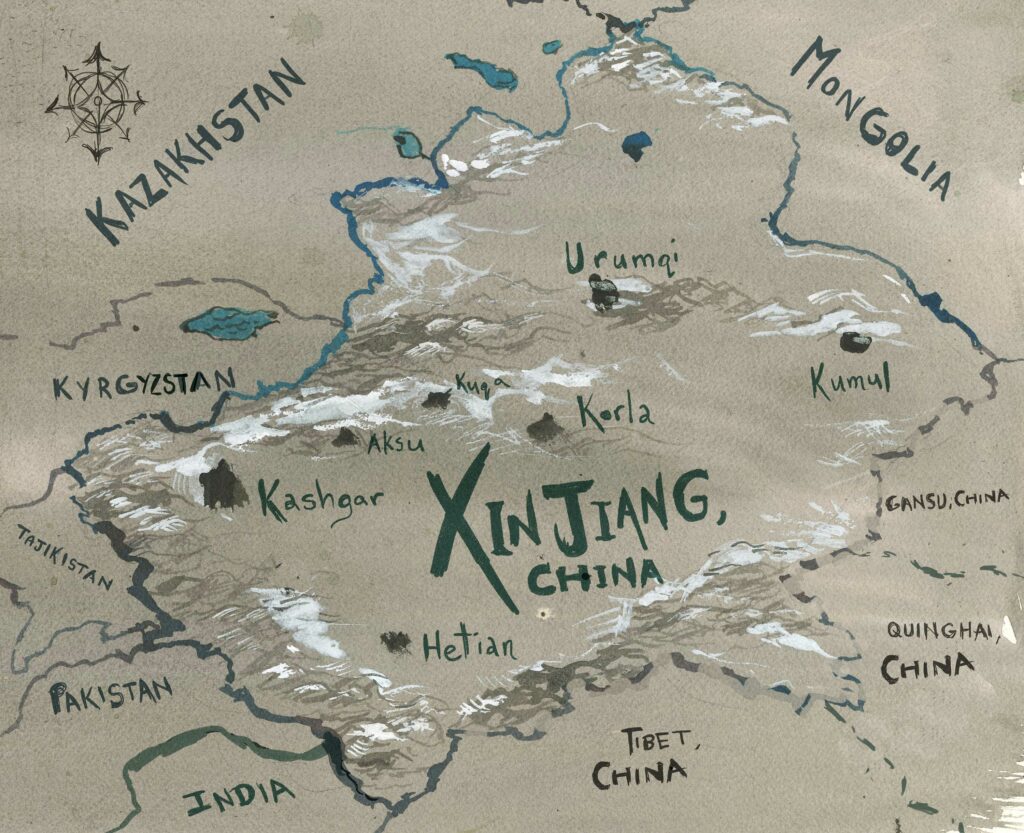 Xinjiang is one of the most ethnically diverse regions in China. According to China’s 2020 census, the region had a population of approximately 25.8 million. [[[Reuters, “Factbox:-Key takeaways from China’s 2020 population census,” 11 May 2021 →]]] Approximately half of that population belongs to mostly Turkic and predominantly Muslim ethnic groups, including Uyghurs (around 11.3 million), Kazakhs (around 1.6 million), Kyrgyz, Uzbeks, Hui, and other members of the population whose languages, cultures, and ways of life differ distinctly from those of the Han, who are the majority ethnic group in “interior” China. [[[These numbers are from China’s 2010 census. The 2020 census did not include an update population breakdown by ethnicity.]]]

The area that Xinjiang covers was renowned over centuries for the ancient Silk Road and its flourishing conduit of trade and culture between China and the rest of the world. Rich in coal, natural gas, and oil, Xinjiang is intertwined with many of China’s economic, strategic, and foreign policy goals. China’s leaders now consider stability in Xinjiang vital to the success of the “Belt and Road Initiative”, a massive global infrastructure development programme aimed at strengthening China’s links to Central Asia and beyond. [[[See Human Rights Watch, “China: ‘Belt and Road’ Projects Should Respect Rights,” 21 April 2019 →]]]

Xinjiang is one of five autonomous regions of the PRC, where officially recognized “national minorities” are legally granted some formal representation in the organs of regional government. The autonomy conferred to these regions by the PRC constitution and the Law on Regional Autonomy has, however, remained largely symbolic. In Xinjiang, as in the rest of the PRC, all major policy decisions are taken by the Chinese Communist Party (CCP). 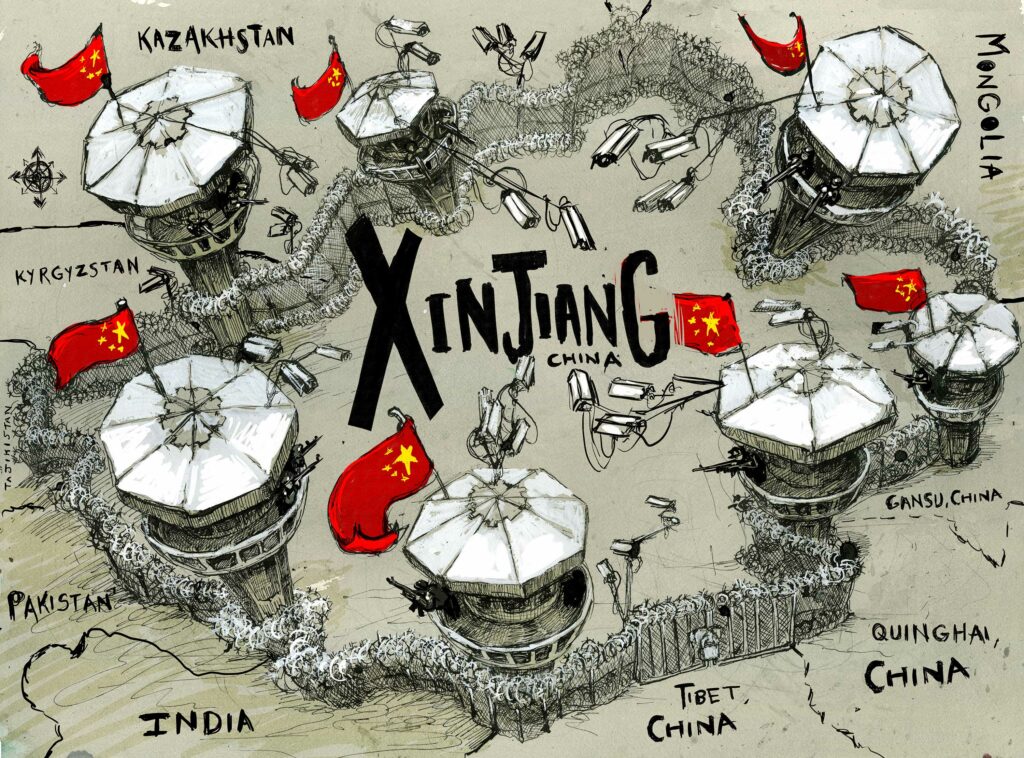 The government of China considers Xinjiang to have been an inseparable part of China for millennia. But this history is disputed by many professional historians. It is also disputed by Uyghurs, some of whom perceive China as a colonizing force and aspire to independence. [[[See James A. Millward, “Eurasian Crossroads: A History of Xinjiang,” Columbia University Press, 2007.]]] Abuses by government officials, discontent with government policies, and inter-ethnic resentment have led to isolated acts of violence targeting state officials, security forces, and occasionally the public. These acts are in turn usually followed by heavy-handed repression.

The region has been an important target for population resettlement from interior China since 1949. [[[During the first three decades of the PRC, resettlement of Han Chinese into Xinjiang was facilitated by what is now called the Xinjiang Production and Construction Corps (commonly known as the Bingtuan), an institution established in the early 1950s. The Bingtuan, described by many scholars as an institution that served to colonize Xinjiang, is both an administrative organ with a somewhat military structure and a large development corporation. It is established along the border and in pockets of territory roughly across the centre of Xinjiang, separating the north, where most of the Kazakhs in Xinjiang live, from the mainly Uyghur south. The Bingtuan has jurisdiction over several million hectares of land, and the vast majority of the population in this area is ethnic Han Chinese. It is a unique institution in the PRC and enjoys special status. It is administered independently from the Xinjiang regional government and has its own police force, courts, and agricultural and industrial enterprises, as well as its own large network of labour camps and prisons. For more information See See “New Ghosts Old Ghosts – Prisons and Labor Reform Camps in China” by James D. Seymour and Richard Anderson, M.E. Sharpe, 1998, p.45. Chapter 3 of the book includes detailed information about the Bingtuan and its network of labour camps and prisons, as well as the separate penal establishments under the Department of Justice of Xinjiang regional government. During the 1990s, the Bingtuan was placed directly under the authority of the central government in Beijing and was granted privileges giving it the same status as Xinjiang regional government.]]] With the massive influx of Han Chinese in recent decades, other ethnic groups have felt increasingly marginalized in what they regard as their ancestral land. [[[See Lillian Craig Harris, “XUAR, Central Asia and the Implications for China’s Policy in the Islamic World”, in The China Quarterly, No.133, March 1993, pp.111-129, and Nicholas Becquelin, “Trouble on the Marches”, in China Perspectives No.10, March/April 1997, pp.19-28; Nicholas Bequelin, New York Times, “Behind the Violence in Xinjiang,” 9 July 2009 →]]]