Violations of human rights outside of internment camps since 2017

In 2017, under the guise of an intensifying campaign against “terrorism”, the government of China commenced a massive escalation of its historical abuses of Muslim ethnic minorities in Xinjiang. An objective of the government’s current campaign appears to be to root out Islamic religious practices and beliefs and Turkic Muslim ethno-cultural practices and replace them with secular state-sanctioned views and behaviours. Ultimately, the government aims to forcibly assimilate members of these ethnic groups into a homogenous Chinese nation possessing a unified language, culture, and unwavering loyalty to the Chinese Communist Party. 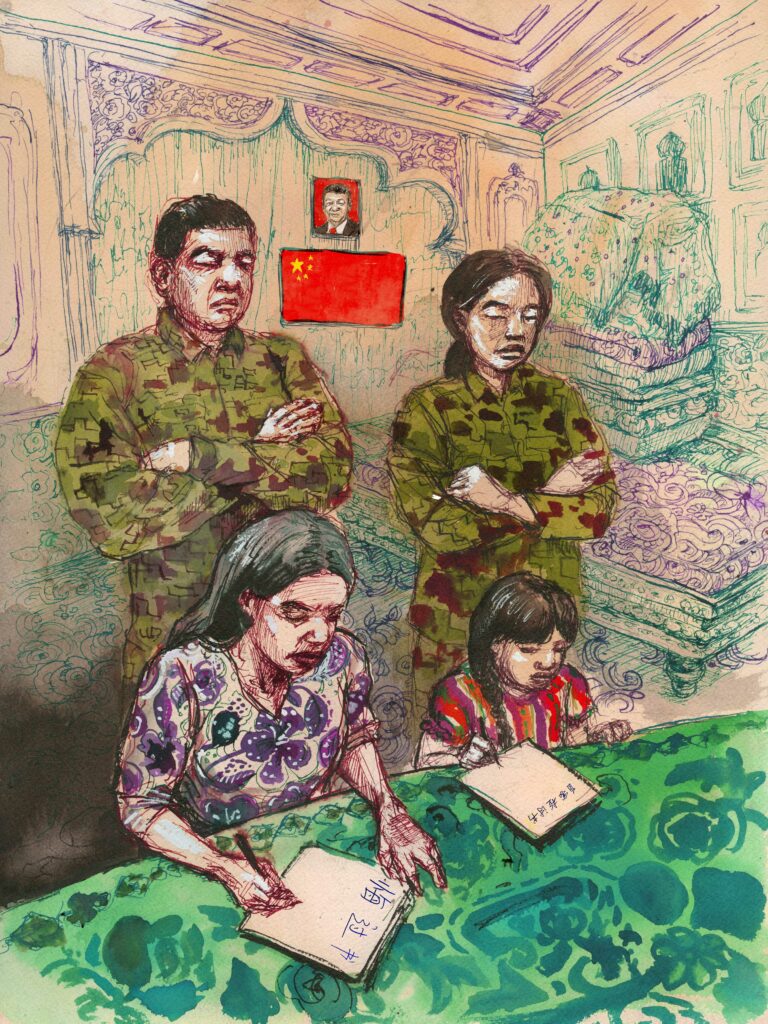 To achieve this political indoctrination and forced cultural assimilation, the government undertook a campaign of mass detention (see Chapters 3 to 6). The internment camp system is part of a larger campaign of subjugation and forced assimilation of ethnic minorities in Xinjiang. The government has severely restricted the behaviour of Muslims living in Xinjiang, including those who have never been sent to an internment camp. These restrictions violate multiple human rights, including the rights to liberty and security of person; to privacy; to freedom of movement; to opinion and expression; to thought, conscience, religion, and belief; to participate in cultural life; and to equality and non-discrimination. These violations are carried out in such a widespread and systematic manner that they are now an inexorable aspect of daily life for millions of members of predominantly Muslim ethnic minorities in Xinjiang.

The brutal effectiveness and tremendous scale of the government’s campaign derive from the government’s unprecedented use of surveillance technology, coupled with its ability to make large portions of the region’s population help it to execute its will. The government relies on a nearly inescapable in-person and electronic surveillance operation designed to ensure that the behaviour of ethnic minority groups is continuously monitored and evaluated. Ubiquitous government officials, violent security forces, and a non-independent legal system act in concert to conduct the surveillance and enforce rights-violating policies. As a result, members of the targeted ethnic groups, including those who have never been detained, live in constant fear of arrest, detention, and torture under a draconian system of social control that is a constant affront to basic human dignity.