Overview of violations of international law

Evidence collected by Amnesty International provides a factual basis for the conclusion that the government of China has committed crimes against humanity in Xinjiang, including the crimes against humanity of imprisonment, torture, and persecution. [[[See also: Human Rights Watch, “’Break Their Lineage, Break Their Roots,’: China’s Crimes against Humanity Targeting Uyghurs and Other Turkic Muslims,” 19 April 2021 →; Alison Macdonald, Jackie McArthur, Naomi Hart, and Lorraine Aboagye, Essex Court Chambers, “International Criminal Responsibility for Crimes Against Humanity and Genocide Against the Uyghur Population in the Xinjiang Uyghur Autonomous Region,” 26 January 2021 →; Economist, “’Genocide’ is the wrong word for the horrors of Xinjiang: To confront evil, the first step is to describe it accurately,” →]]] This evidence also demonstrates that the government has committed other serious violations of human rights, including the rights to liberty and security of person; to privacy; to freedom of movement; to opinion and expression; to thought, conscience, religion and belief; to participate in cultural life; and to equality and non-discrimination. These crimes have been perpetrated against members of the region’s predominantly Muslim ethnic minority groups, including ethnic Uyghurs, Kazakhs, Hui, Kyrgyz, Uzbeks. 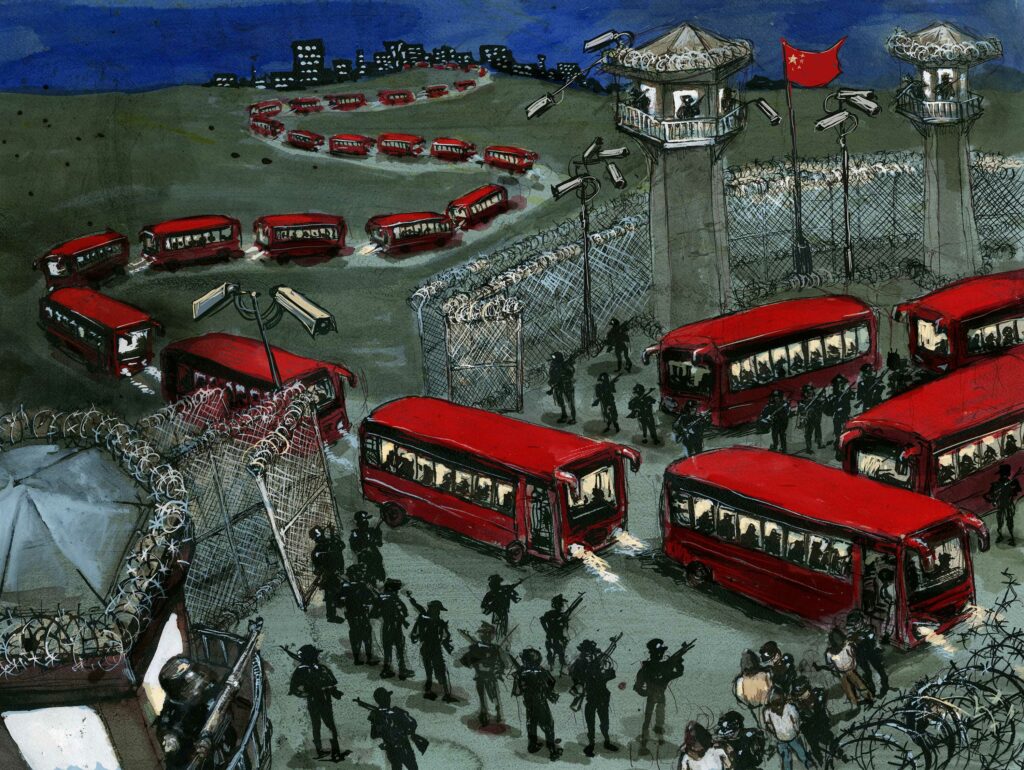 The former detainee testimonies Amnesty International has gathered form the basis of these conclusions. These testimonies are corroborated by leaked Chinese government documents and other credible testimonial, photographic, and documentary evidence collected by journalists, scholars, and investigators. Taken together, this evidence clearly illustrates that serious human rights violations documented in this report follow a consistent pattern of criminal conduct and are part of well documented government policy that is knowingly and purposefully being carried out on a massive scale by government officials all over Xinjiang. As a result, an independent, impartial, prompt, and effective investigation is needed to determine a comprehensive picture of these violations and to establish individual criminal responsibility for these crimes.