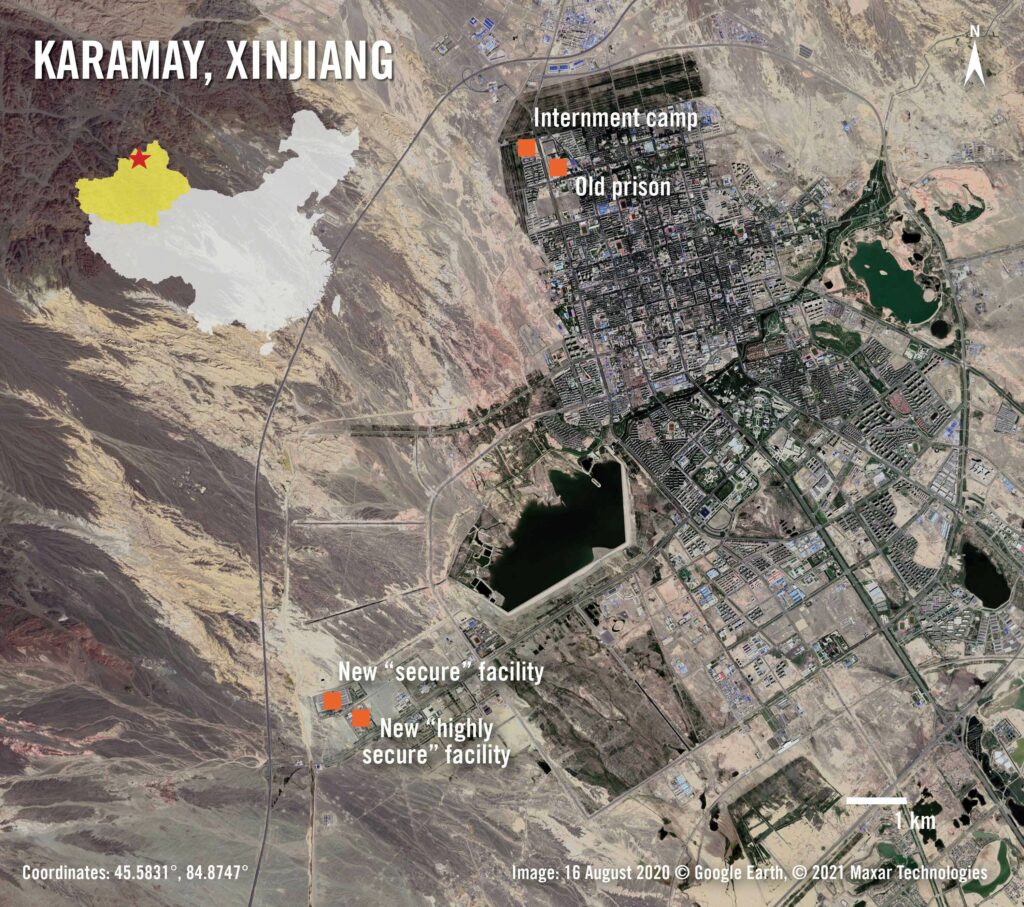 Imagery of the town of Karamay shows various detention facilities since 2016 within and just outside of the town.

The town of Karamay is located in Karamay county in Xinjiang approximately 275 kilometres northwest of Urumqi. There have been multiple reports of detention in the town. [[[See Xinjiang Victims Database →]]] From 2017 to 2019, satellite imagery shows an old facility on the northern edge of town – west of a traffic school – that appears to have been repurposed as a detention facility, then de-securitized. Nearby is a prison that is demolished by August 2020. While activity is visible at the two facilities in 2017 and 2018, a large “highly secure” and “secure” facility, adjacent to each other, are under construction six kilometres west of town. 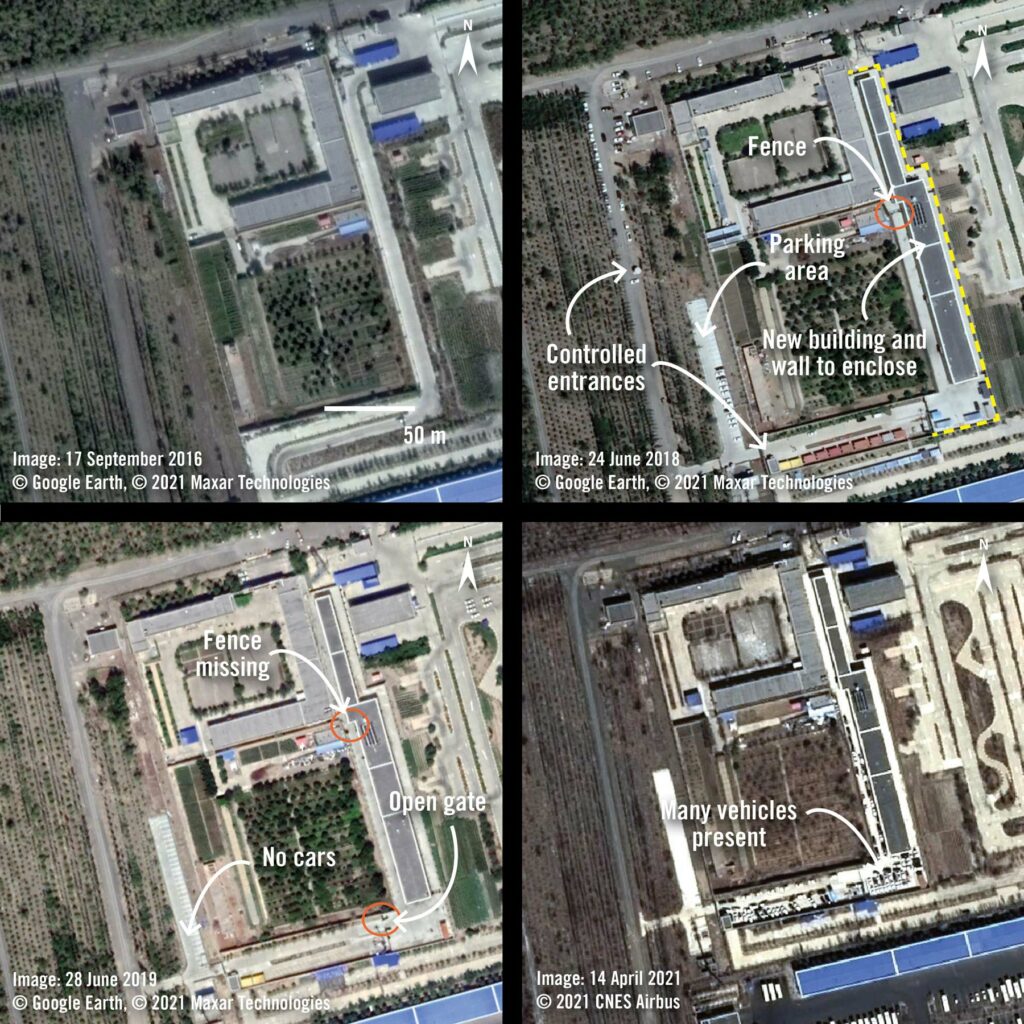 Satellite imagery shows the transition of an internment camp between 2016 and 2021. On 17 September 2016, very little activity is visible. On 24 June 2018, imagery shows a new building along with security increases such as a new enclosing wall, entrance checkpoints, fences and gates. There is also a new parking area and many cars are visible. By 28 June 2019, few cars are visible in the area and the facility appears to be de-securitized with the checkpoints no longer present, fence missing and gate open. The latest image from 14 April 2021, shows many vehicles within a previously secure area – suggesting it is being used for another purpose.

Satellite imagery shows the old prison in the centre of Karamay. Between 11 March and 16 August 2020, the facility is demolished. A new facility with similar buildings has been constructed six kilometres west of town. 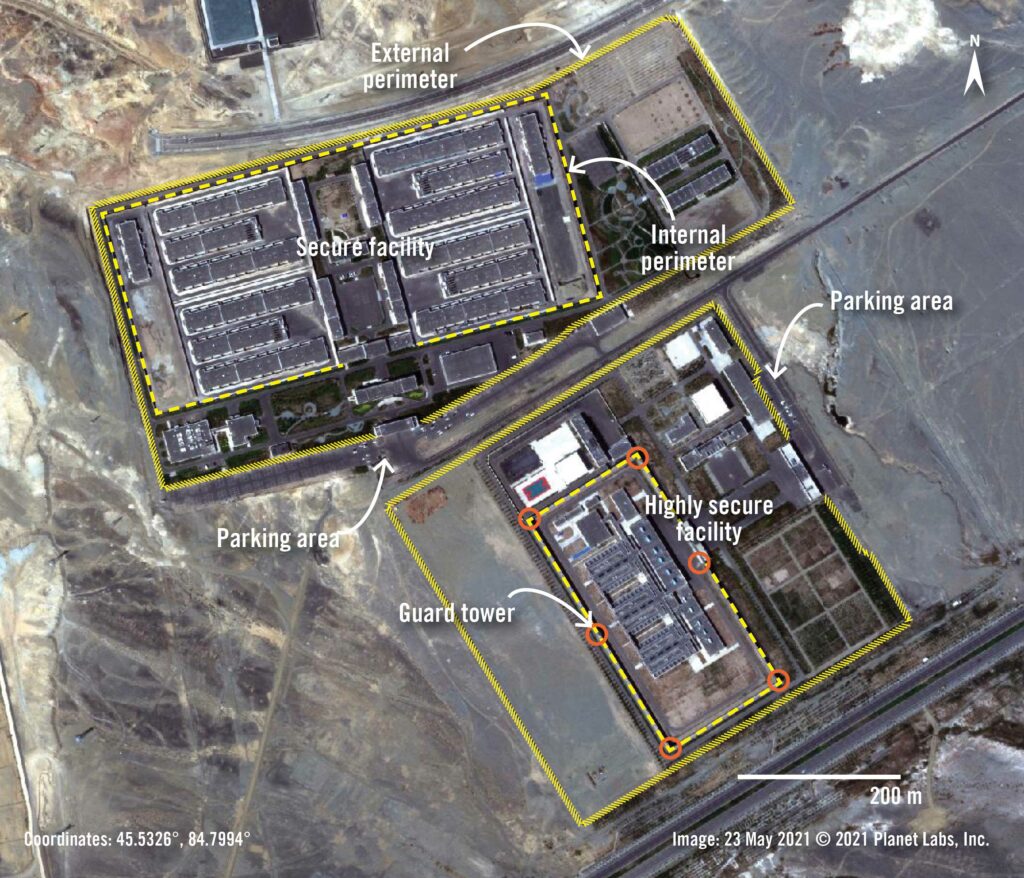 An overview of the new facilities west of Karamay shows a secure facility with an external and internal walled perimeter. To the south, there is a highly secure facility with external and internal walls, guard towers, and buildings that resemble the old prison. The facilities appear to have parking areas independent of each other. On 23 May 2021, imagery shows vehicles in each parking area. 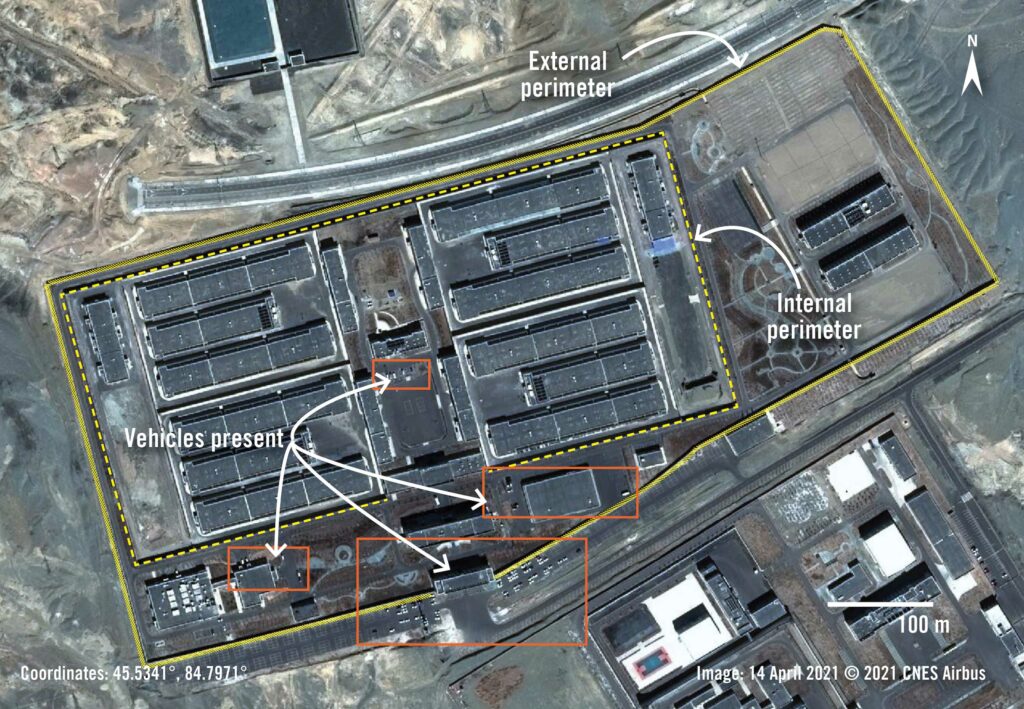 A closer look at the northern secure facility shows many vehicles present outside and within the walled perimeters on 14 April 2021. There are 58 vehicles in the external parking area. This facility first appeared operational in imagery from 8 April 2019, around the time the internment camp first appears de-securitized. 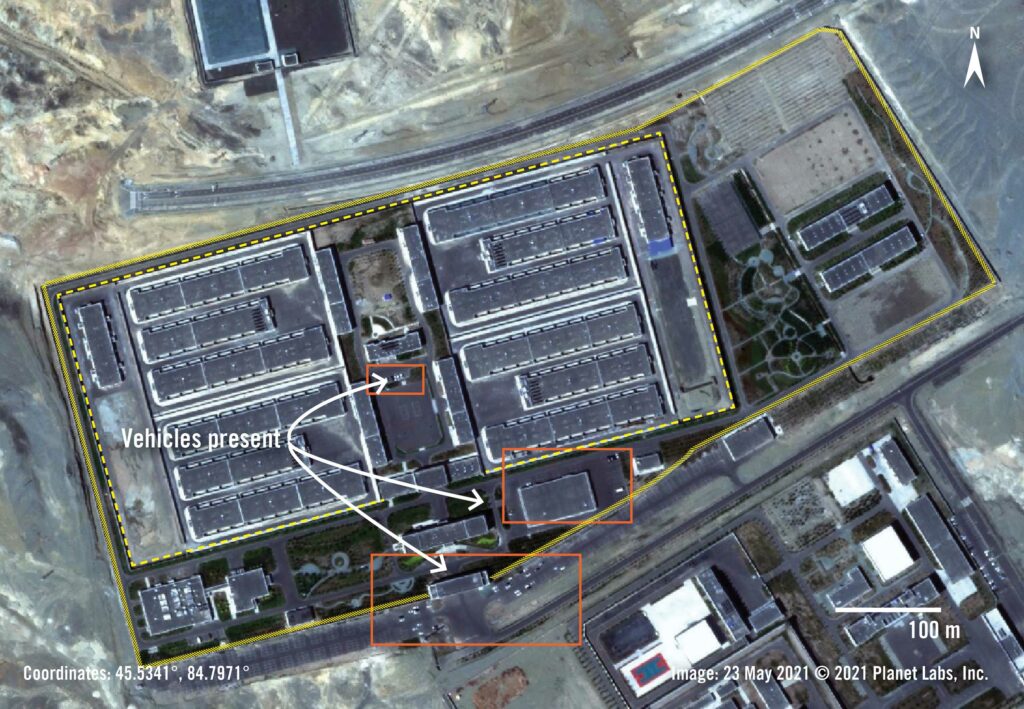 On 23 May 2021, imagery shows fewer vehicles within and outside of the facility. Only 27 vehicles were counted in the main parking lot. As the image was taken on a Sunday, it is difficult to assess the cause of the decrease and continued monitoring is required to better understand the activity level.